Trailing is an important concept in Gunbot. When buying, it allows for aiming for a lower entry price than strategy criteria would otherwise realize. When selling, it allows for higher profits, while locking in profits while trailing ranges move upwards along with price.

Many different order types can use trailing, the basic principles are always the same:

In strategies like stepGrid, trailing is completely integrated and has no additional settings.

The same basic process applies for most kinds of buy trailing (exception: Take Buy). The example below shows how trailing works for buying with the tssl strategy. 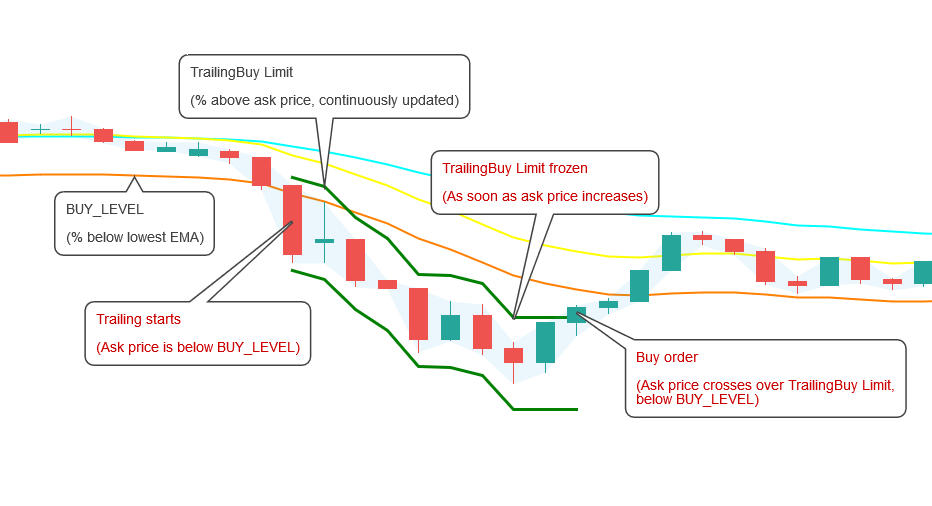 When trailing with tssl, the most important part to know is that trailing must finish below Buy Level. Make sure to set a Buy Level that leaves enough room for trailing.

Other types of buy trailing, like DU trailing, follow the exact same trailing logic, but the threshold below which trailing must finish is different.

The same basic process applies for most kinds of sell trailing (exception: Take Profit). The example below shows how trailing works for selling with the tssl strategy.

This example looks more complicated than the buy example above, because the concept of resetting trailing limits is now visualized. 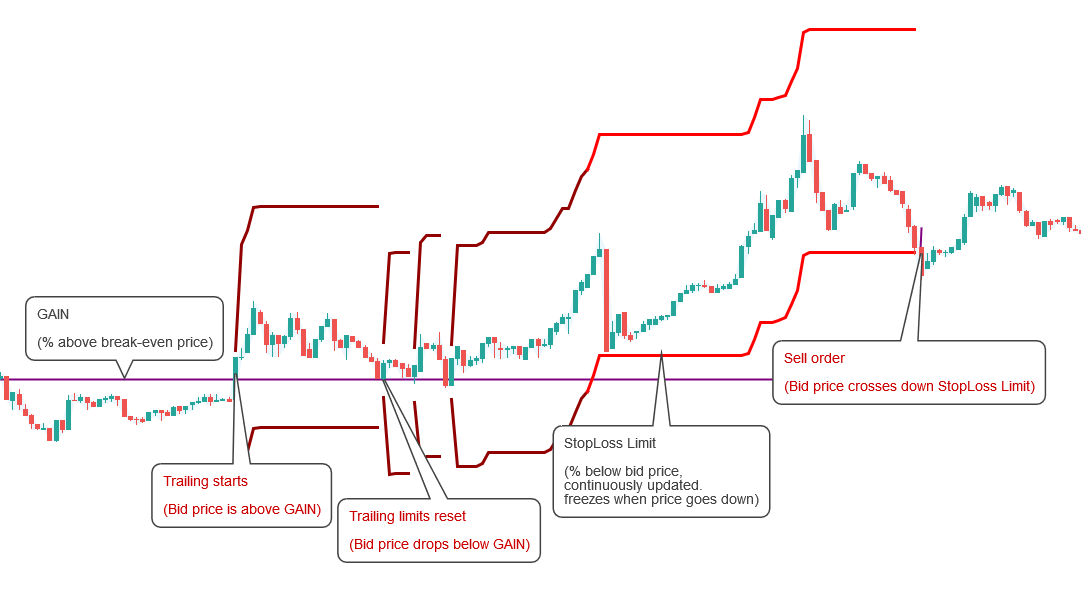 Important to know about sell trailing with tssl is that the StopLoss limit must be above your setting for gain before trailing can finish. Make sure that you leave enough room for this to happen, either by setting a modest gain, or by using a small sell range.

Other types of sell trailing behave in the same way, but instead of gain a different reference point is used.

Buy trailing with Take Buy is a bit different, because it acts as a second buy layer in your strategy.

The idea is that sometimes prices will come close to your target, but not close enough for your main strategy to catch a buy. In this case you can use Take Buy as an extra threshold above your regular entry point.

The example above shows that price was on its way reaching the primary buy trigger Buy Level, but didn't quite make it. Instead, Take Buy took the order when prices started moving upwards again.

Similar to Take Buy, Take Profit acts as a secondary sell layer in your strategy. It trails between the break-even point and the target for Gain. In case prices do move over your Gain target, trailing stops and the normal strategy conditions apply. 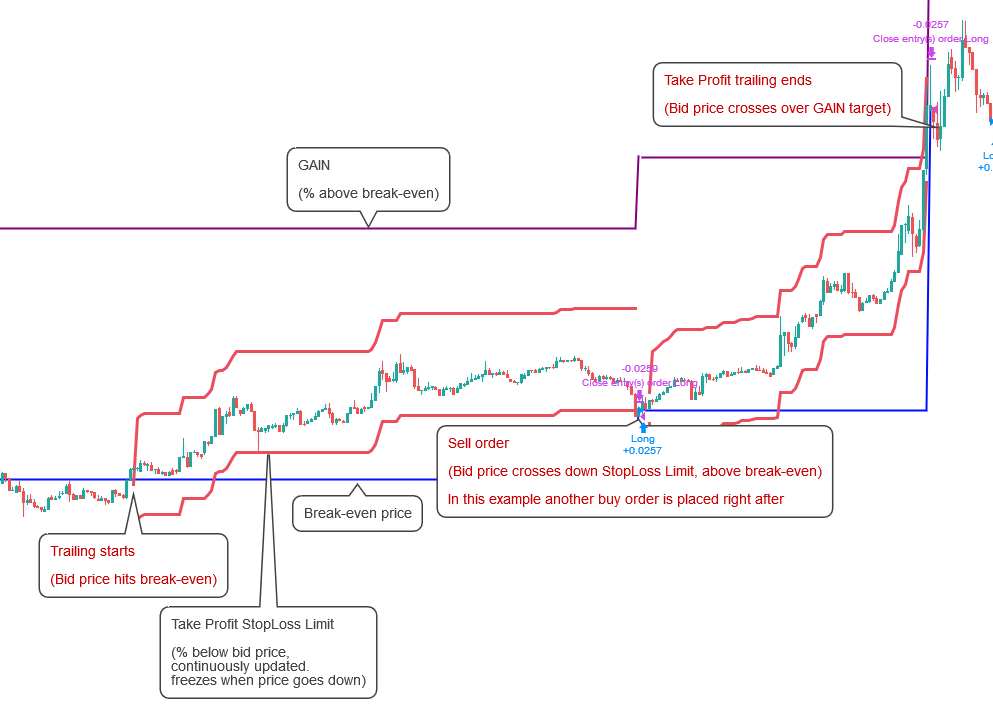